Have you been duped by a Love Rat Abroad?

Whether you’re young and naïve, or an older lady looking for love and affection, many women can’t help themselves falling for the ‘turkish waiter syndrome.’ You’ve seen the stories in the press about the scoundrels that prey on British women, but now we’re here to help get justice for the love rats and all the dirty parties involved. If you’re going on holiday to Turkey, Tunisia or Morocco, try watching these ‘charmers’ at work.

Some set up encounters with women just to get better accommodation than the room he gets with his job, others for just a night there with a free breakfast but others want as much as they can get: your house, your money and everything you’ve ever worked for. Just a few lines and the flash of a winning smile, and it’s easy to get sucked in.

If you’ve been taken for a ride by one of these men, why not NAME and SHAME them for good to stop other women falling victim to the SAME man?

Sandy says: ‘’Love Rats do blacken the way for any genuine couples, and I fall into the ‘older woman’ category, but by no means was a looking for anything when I met Hassan.

He told me he’d never met a woman like me, and that he would sacrifice his life for mine. I totally believed him and before I knew it, he was living with me at my home in Dudley, West Midlands. My grown-up children tried to warn me, but I was smitten by Hassan and wouldn’t hear a bad word about him.’

‘After six months of living together, I got an itemized phone bill and saw he was making more calls to one number than any other. I thought it was his mum, and that I would ring and say hello. But when I phoned the number, I got the shock of my life. It was Hassan long-term girlfriend. She told me I had a baby together and he was only with me to send money back to her. I was devastated. I kicked him out and sent him home, but I had no doubt that he’d try it again and I had to warn other women like me. So I filled in the form on Love-Rat.co.uk, and sent them my pictures. My story was a double-page spread seen by a million women like me. Hassan might have a bit of trouble trying that stunt again.”

If you are like Sandy, get in touch now and a member of our team will call you straight back. With the money that you make, go on a holiday to remember to blast the memory of the scumbag away forever. 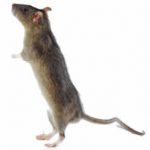